Warning! Not for close-minded people.  Johnny presents a unique paradigm that society has devolved into.

source of about 6 hours of videos

note: Johnny admits to talking in open loops to bypass your ego's walls... keep in mind while you're reading... there may be a leap from one idea to the next idea before finishing the previous idea

When is Seduction a good thing?

The term seduction can leave a bad taste in some people's mouth, but what does seduction actually mean?

Some people lead people using lies to false benefits like a con man.

Seduction is leading with altruistic intentions.  Both people benefit.

Why ditching 'Easy' girls chips away your self-confidence

Would you go to a dentist if he'd never drilled a tooth?

A virgin is 'tight' because she's scared.

Sex is a skill.

Repetitive practice of sex doesn't make a girl 'loose', just as a bodybuilder's muscles don't get smaller by exercising.

'A girl chooses me for me'

When I meet a woman, I've already accepted myself.

I've left behind my bullshit.

I make zero attempts to be somebody I'm not.

Going out of your way to do magic tricks...

If there's anything I don't like about myself, then I shall fix it.

Instead, present exactly who you are.

If you try to appear impressive to someone, you communicate "Your opinion of me is more important than my opinion of myself." (validation seeking)

Women have evolved to sense, from a distance, what a man feels about himself...

There's no such thing as failure

I invite you to experiment.  Did your action get the result you wanted?

Success is getting to an Outcome... NOT necessarily a Positive Outcome.

When you don't attempt, you fail.

50% of first marriages end in divorce because most people marry a stranger...

Someone who pretended to be someone they weren't.

With your partner, there's never 'cautious conversations' with friends, because "I'm about to say something she shouldn't hear..."

Desire a partner who's your best friend, and woman you love... facilitate her:

If she met a better man than me, then I know, for a fact, he wouldn't be possessive.  He would say to me, "Enjoy yourself as much with her as you like."

Never be afraid of losing a person.

When you empower a woman to do what she already wanted to do, with confidence & comfort... at a price she can afford... 😉

If you sleep with a girl, and she never messages you back... it's because she doesn't want to have sex with you again.

Let's repeat... she does NOT want to have sex with you again.

You can't make her come... you can facilitate her to come.

Woman are forgiving... and reciprocating.

If a woman isn't turned on, but you believe she is, she'll forgive you.

No woman is OK when she tells you she's turned on, and you reject or dismiss her.

Women are conditioned to believe their certainty, security, & safety are equivalent to providing sex.

Only reject a woman for a compelling reason e.g. friend's girl, or you're not attracted to her

To get turned on, Men need a girl who's:

To get turned on, Women need to be:

It'd be a tragic waste to waste a woman's beauty.

A woman who makes up her own mind is far more attractive compared to a woman who only goes to bed for you for pure profit.

Society has devolved to divide women into 2 categories

In the past, a girl was property, with her father's surname, transferred to another man, as a virgin.  If she wasn't a virgin, she was killed.

Society brands this girl by saying, "She's not getting married, she's not having kids, she's not taking life seriously... in fact, she's having sex with whomever turns her on!  Clearly... she's giving herself away for nothing... and therefore we label her with a 4-letter word with low character value -- a SL_T.

Nothing is worse than being a slut.  If you give away the milk, no one will buy the cow...

"Don't forget, honey, we raised you to be compensated for sex, and never give it away for free."

Dad tells his son with contempt, "Well, you'd have fun being with a slut, but you'd never want to marry one!  You couldn't trust her.. Look at your mom.. the reason I know you're my child is because you held out till the 5th date..

Heck, I spent a lot of time and money getting her into bed.  Then once we got married, we've barely had sex at all."

Daddy turns to his daughter, "Don't hook up with Jack over there, he only wants to get into your pants.  Hold out for Gary... he has a good job, a career, and going places... and don't forget, we raised you to profit from your sex.. don't give it away for nothing."

Mommy hates sluts.  Because she can't compete with free

So we have 2 types of women:

So there's 2 categories of girls:

The ones who have 'no self-respect'.  We condemn them for what they want to do.  For making up her own mind.

Then the other type: a "whore"

A "ho" thinks "as long as I'm bringing money in, of course I'm putting out... He paid for my kids daycare, college, and my trip to Tahiti... of course I'll go to bed with him."

Then there's a high-status "whore"

She says, "Oh no no... my sex is so valuable, I only make it available for a single client... in exchange for a lifetime of economic support for me and my children."

This high-status "whore" is also a four-letter-word: a "w_fe"

Mommy says, "Daddy can't go messing around with a girl who has sex with him because she likes it... for nothing?!  I can't compete with free."

Mommy knows that just as a little child, Daddy would only support her when she doesn't do what Daddy dislikes...

When she's questioned, "You came home at 2am last night... Did you have sex?!"

She responds, "Daddy, you know I don't have a boyfriend!"

Not getting caught in a lie, is the same as telling the truth.

Not getting caught misbehaving, is the same as behaving.

When a girl says, "I'm not happy." it means "I don't want to be in this relationship.  Let me out, because I've already found someone else."

And when she cheats, she's already justified it in her mind.  So when she wants out... because she's unhappy...

You can't make anyone happy

The guy thinks "I've got to make her happy."

You can influence her happiness, but you can't make her happy.

No one can make you happy.

"I'm not responsible for another's happiness."

You can't control your thoughts either.

You can channel your thoughts.

You can control your actions.

There's nothing to be gained through suffering

But Suffering is a choice.

Worry is a choice.

Worry is: creating scenarios in your head that don't exist... beating yourself up without anything happening... How does that help?

The antidote to Worry is Planning

Security & Power comes from knowing you can pull yourself up when you fall down...

"Whatever knocks me down, I'll be able to get back up." 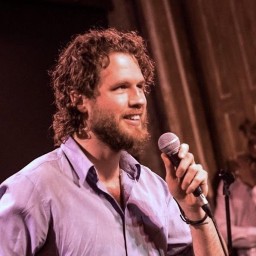